This thought has been grinding my gears for a while now. As men we in some way identify with the concept of ‘manliness’. In this modern society we are bombarded with imagery of what it is to be ‘manly’, whether it’s to do with what we wear, how muscular we are, how much money we should be earning, how many women we should be sleeping with, and what cars we should be driving. But as a dad, I find that these images are causing a conflict in my brain, and that’s because…

We only have to take a closer look at advertising, TV and movies. They keep drilling it into men, “You’ve got two options – be a man, or be that other thing… a dad. Be that first one. That’s the one you want to be.” In stark contrast to the ‘ideal alpha man’, ‘dads’ are portrayed by mass media as some kind of sub-level, corny wannabe-man. No thanks Toyota. Vossen Wheels does a better job of selling me the concept of a ‘Swagger Wagon’.

I remember as a teenager, waking up in the morning at my parents’ house after a party the night before, with about five or so of my mates who slept over. Myself and my friend Vern struggled to get up first, and decided to make breakfast for everyone. My best friend at the time, James, amazed at the hearty post-hangover feast of fried rice, fried eggs and fried spam, said something to me I’ll never forget:

“You know what Cbay, you’ll be a great dad someday.”

I didn’t know how to take it back then, what he even meant. Should I have been offended? Was he still drunk? “Uhh, thanks” was the only response I could muster. At the time, it certainly wasn’t something I was particularly aspiring to be. Sure, it would be good to have a loving family one day. But all the media I’d been brainwashed with in my daily life told me otherwise; that the pursuit of manliness entailed everything else except becoming a father.

No wonder Gen X and Y guys are afraid to become dads. The thought of having a family, and having kids? ‘Nah that’s not for me, that’s for later down the track’, or ‘never because once you do, your life is over’.

The media likes to remind us that dads will never be ‘cool’, no matter how hard they try.

Because all dads are like this. Get with the programming.

The media likes to remind fathers that it’s ok to have low expectations and goals. 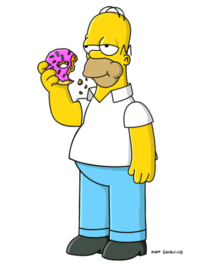 “Around the house, I never lift a finger.
As a husband and father, I’m subpar.
I’d rather drink a beer than win Father of the Year.
I’m happy with things the way they are.”

You could tell me, “but you CAN have kids and be successful!” And I’d agree! But slyly, Hollywood shows that having children is a side plot, a minor detail, in the pursuit of living a ‘big life’.

Hmm kids, what a downer.

And that being a responsible dad and husband is something to run away from, because it’s some kind of unfortunate consequence of growing up.

Sorry I didn’t attend your game, just kidding, not sorry.

F- you Hollywood! Don’t undermine fatherhood! Y u no have respect for dads?

Thankfully we have social media that can give us an insight into what real dads are like. Outside of the box of images that are fed to us by corporations, we can find that there are amazing Gen Y fathers out there, good men, more inspiring than mass media would ever dare to promote to us.

Sure, becoming a dad takes a lot of hard work and commitment. But it’s not something you have to do alone.

Photo thanks to Kate

Becoming a father does change you. It makes you grow more than you ever thought you could. Fatherhood is a journey full of trials and laughter.

Photo thanks to Ken

The things you love to do don’t have to stop. You can continue to share these as family traditions.

Photo thanks to Anthony

The skills, knowledge, and culture that you’ve lived and learnt can be passed down to the next generation.

Photo thanks to Michelle

And you can show others what it is to be a real hero.

Photo thanks to Alex from Dadrites

Gen Y dads of the world, stand proud! Despite what the media has been trying to drill into us all our lives, let’s show our brothers that fatherhood is not something to run away from, but something to celebrate as part of being a man.

What do you think? Am I overreacting? Are there any examples of TV, movies, or ads you can think of that put dads in a positive light? Let me know in the comments!